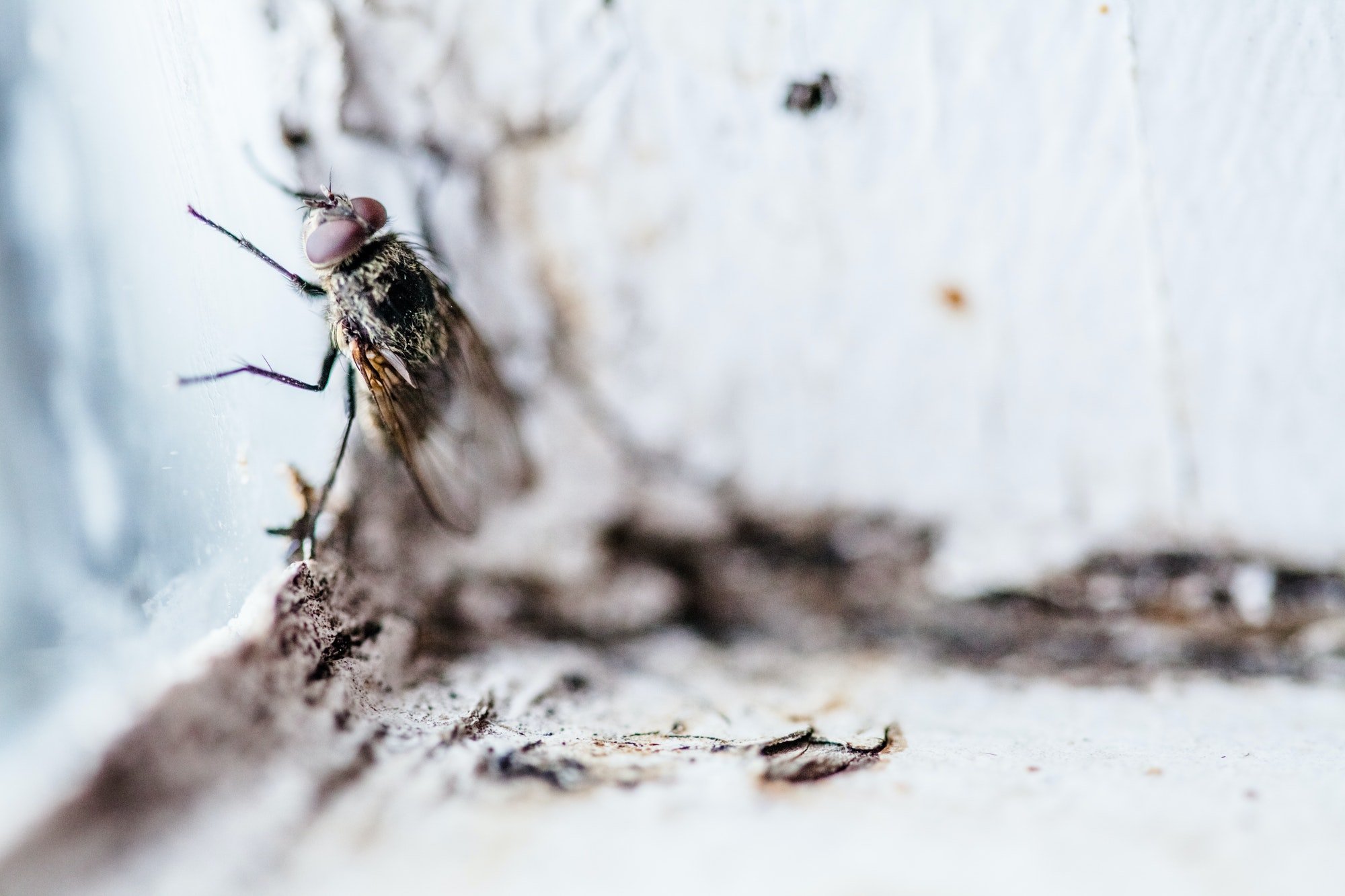 More than 100 pathogens are associated with the house fly, including Salmonella, Staphylococcus, E. coli and Shigella. These pathogens can cause diseases in humans and animals, including typhoid fever, cholera, bacillary dysentery and hepatitis. Sanitation is critical to controlling these pests, but accurate identification is essential for successful fly control. Here are some other things you should know about flies and fly control:
Depending on the species, the life expectancy of a fly is eight days to two months or, in some cases, up to a year.

Flies belong to the order Diptera, meaning two wings. There are approximately 120,000 species of flies that have been described by science. The actual number of species in the world is likely to be much larger.
Flies plague every part of the world except the polar ice caps.
One pair of flies can produce more than 1 million offspring through their offsprings’ offspring in a matter of weeks.
Millions of microorganisms may flourish in a single fly’s gut, while a half-billion more swarm over its body and legs. Flies spread diseases readily because they move quickly from rotting, disease-laden garbage to exposed human foods and utensils.

Because they only have two wings, flies land often and therefore can deposit thousands of bacteria each time they land.
Every time a fly lands, it sloughs off thousands of microbes. If a fly lands on food or utensils, customers may ingest germs that can trigger serious illness such as diarrhoea, food poisoning, meningitis and bloodstream infections.

When flies feed on waste, they collect pathogens on their legs and mouths. These pathogens are then transferred to food on tables or counters when a fly lands again. Flies regurgitate on solid food then they eat the liquid. They are capable of transmitting disease when they vomit, groom themselves or just walk on surfaces.

The best way to repel flies is through simple, preventive measures. Flies prefer warm temperatures and are most active from late spring to early autumn. In order to best repel flies during this time, limit access to your home as much as possible, keeping doors and windows closed. You may also choose to screen windows, doors and vents. Keep garbage cans clean and securely closed. Keeping surfaces clean will make your home less appealing to flies. For best results, contact a pest control professional to discuss extermination options